The fake challans scam that was unearthed in Andhra Pradesh has exposed the huge corruption prevailing in stamps and registration department.

All the property registrations done since March this year were verified and found that transactions worth nearly Rs 5.50 crore were done through fake challans.

Rajat Bhargava said they will recover the amount from officials who resorted to irregularities and no one will be spared.

He said already six sub-registrars have been suspended and the inquiry is going on.

Rajat Bhargava said the fraudsters exploited the loopholes in the software used for registrations and now this issue has been fixed.

Officials working in revenue and stamps and registrations department involving in the scam has exposed huge corruption prevailing in these departments.

However, the government is trying to save its face by saying that the government itself has unearthed this scam during inspections and caught fraudsters on it own to save public money. 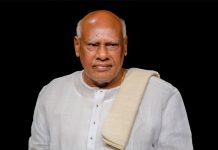