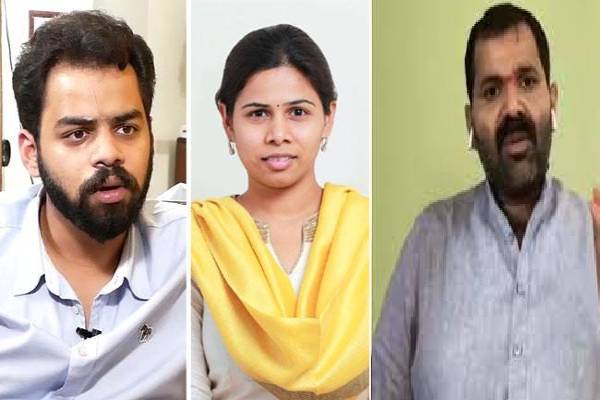 A family war is on in the Bhuma family of Nandyal. The question is who would be contesting the elections from the family in the 2024 elections. There are at least three claimants for the ticket to contest from the Bhuma family itself.

The ruling TDP has sent clear indications that it is no longer interested in making Bhuma Akhilapriya as the party candidate. Akhilapriya was made a minister during the 2014-2019 period. However, she landed in several controversies and alienated several close family friends and supporters. To add to her woes, she has also got embroiled in a kidnap and extortion case in Hyderabad. She and her husband are out on bail now.

Bhuma family member Bhuma Jagat Vikyat Reddy has already announced that he would contest the election from Allagadda assembly constituency. Sources say that he is likely to be given the TDP ticket. Akhilapriya is said to be angry with this development.

Meanwhile, Akhilapriya’s elder brother Bhuma Kishore Reddy has joined the BJP. He is very actively working to strengthen the party. He is becoming increasingly popular in the constituency. Now the TDP is eyeing Kishore. It is trying toget him into the TDP. This is ot to the liking of both Jagad Vikhyat and Akhilapriya. All these are becoming problems for the Bhuma family.