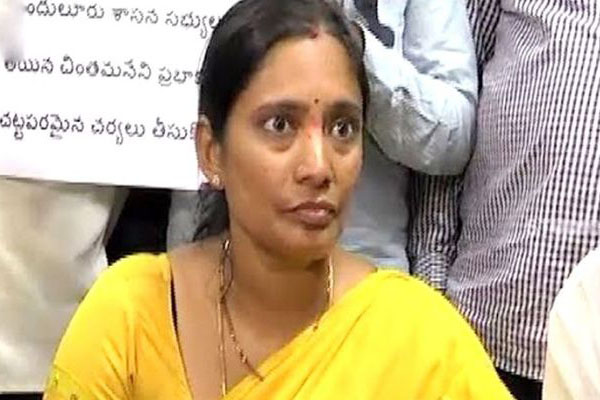 Controversial MRO Vanajakshi faced the wrath of the local farmers at K. Tadepalli in Vijayawada Rural Mandal over her objectionable comments. Farmers alleged that the MRO called them as real estate brokers. They asked how she could make such comments like a politician. Vanajakshi was stated to have hit the farmers when they were expressing their objections to the land acquisition. The farmers were not willing to give their lands for the government programme for housing plots to poor people.

Farmers said that Vanajakshi was trying to go ahead with land acquisition by calling them as real estate brokers not connected with the lands there. Tension prevailed at the village as local people arrived in large numbers and protested.

Vanajakshi became controversial in TDP Regime when she was attacked by ex MLA Chintamaneni Prabhakar over illegal land mining in West Godavari district. YCP made a big issue out of that. After coming to power, the YCP gave plum posting to Vanajakshi in Vijayawada limits.