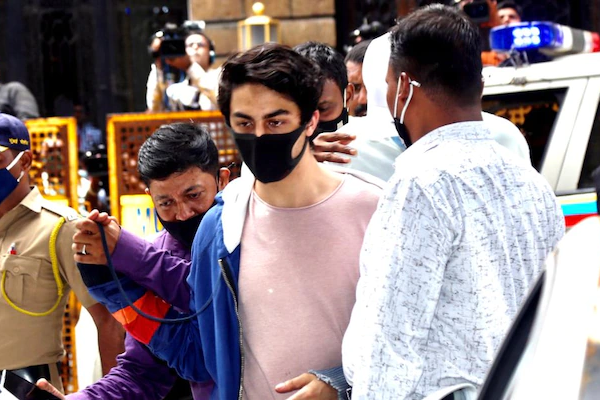 Shah Rukh Khan’s son Aryan Khan has been nabbed by the officials of NCB from a Mumbai cruise along with seven others on October 2nd. He was arrested on October 3rd in a drugs case and his bail was denied several times. After more than three weeks, Aryan Khan was granted bail by the Bombay High Court today. Aryan Khan has been lodged in Arthur Road jail since October 8th. The arguments in the Bombay High Court continued for the third day in a row. The lawyer representing Aryan Khan made it clear that no drugs are recovered from his client while NCB said that Aryan Khan is a regular consumer of drugs.

Fans have been gathering outside the residence of Shah Rukh Khan from the past few days to support the actor in these tough times. SRK canceled his shootings completely and has been waiting for the return of Aryan Khan. The three accused Aryan Khan, Arbaaz Merchant and Munmun Dhamecha have been granted bail today. The detailed order about the bail will be released tomorrow.