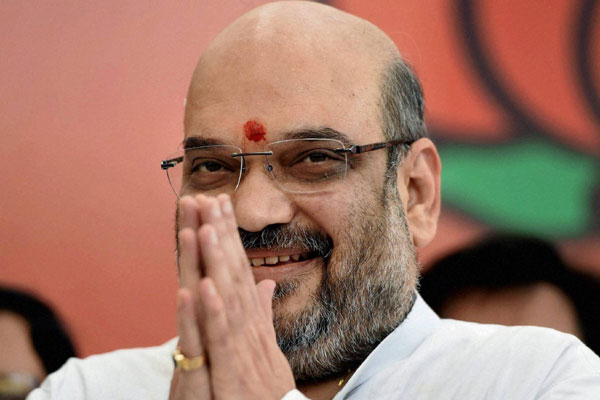 Ranchoddas Shamaldas Chanchad. Do you remember this name? We will come to that in a bit.

Headline news of today, among other things, is that Amit Shah was re-elected the president of Bharatiya Janata Party (BJP) to steer the party for a second consecutive term, lasting till 2019. So, what?

Well, the nut graph for this second paragraph is that he will lead the party in the elections in Tamil Nadu, West Bengal, and Uttar Pradesh in the immediate future and the general elections in many other States and India later. So, it is important to know that Modi’s man of all seasons is firmly in the saddle, once again.

This is the character name Javed Jafri transferred from his own to that of Aamir Khan so as to enable the brilliant latter to impersonate the former in Three Idiots, a movie made with Chetan Bhagat’s maiden work, Five Point Some One, to dubiously flaunt academic excellence.
Why has Ranchoddas come here? We are going to draw a parallel between Amit Shah and the ‘Ranchoddas’ (donned by Aamir Khan). If not for impersonation, at least in the context of usurping the credits for someone else’s great work, Ranchoddas remains etched in the minds of people.

There is a premise for drawing a parallel between ‘Ranchoddas’ and Amit Shah.

The ruling party’s Man Friday who has his career graph intertwined with that of Narendra Modi is now riding the BJP cart on a bumpy road.
Though the point of inflection for his political career came forth with he triumph he scooped out for his party in Uttar Pradesh, his actual ascendancy to the party’s throne happened after Narendra Modi’s taking over the reins of India at South Block.

When Congress party’s Maverick politico Mani Shankar Aiyar blurted out derisive remarks against Modi and his being a “chai wallah” on the eve of general elections, Prashant Kishor, a 1977-born public health expert with United Nations, who worked with Modi’s team, lapped up the opportunity and put Amit Shah as the frontman to launch ‘Chai pe charcha’. It worked wonders. Mayawatis and Mulayam Singh Yadavs were washed away the the chai tsunami. Prashant Kishor is the ‘Ranchoddas’ donned by Aamir Khan in this case. Kishor’s credit for the idea was “plagiarised” by Shah. He became the charioteer of the success juggernaut of Modi. Like Aamir Khan scripted the academic success for Javed Jafri with the latter’s original movie name, Ranchoddas, Prashant Kishor ensured the same for Amit Shah in the latter’s name.

Now, a disillusioned Kishor deserted the BJP and joined hands with Nitish-Lalu combo on the eve of Bihar elections and showed his mettle. The anti-incumbency factor too was debilitated by his mantra and the BJP’s influence was diluted, a few months ago, in spite of Amit Shah.
Under Shah, the BJP fought the Maharashtra elections and had to harp on the condescension of its love-hate ally Shiv Sena to form the Government. The party could not manage a victory on its own in a State where it has a fair share of voter base.

It’s not Shah, but Modi who should be credited for forging an alliance with the Jammu & Kasmir’s PDP and having a coalition government put up in the State.

How much can Amit Shah desalinate the voting waters in Tamil Nadu and “purify” them and cut into the heavily polarised DMK and AIADMK vote banks remains a moot question. Mamata Banerji’s local connect has to be conquered by him to entrench the BJP in West Bengal which is well-nigh impossible in the near future.

With odds very heavily weighing against him, will Amit Shah be able to ride the wave of success in all the elections that ensue in Assam, Kerala,Tamil Nadu and West Bengal in some time?

Will he be the Lord Krishna of Modi’s chariot at Delhi again? Will he be able to blow the conch and lead the party from the infantry in 2019 general elections is only a conjecture of time.

But, he got complete endorsement from Modi, erstwhile president of the party Rajnath Singh and a large number of Union Ministers, who proposed Amit Shah’s name for the presidency. Patriarch L K Advani and veteran Murli Manohar Joshi may have sulked and stayed away. Yet, Shah had the last laugh today. Don’t read too much into Modi’s physical absence at the election of Shah and you don’t need to read between the lines into the absence of Advani and Joshi. 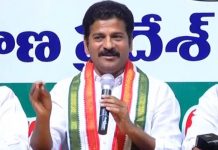