Successful director Anil Ravipudi is presenting a small film and is supervising the project. The film titled Gaali Sampath features Sree Vishnu and Rajendra Prasad in the lead roles and is announced for March 11th release. Top director SS Rajamouli unveiled the trailer of the film which is fun-filled and packed with emotions. Gaali Sampath is all about the journey of a father and his son. Rajendra Prasad suffers from a voice disorder and the entire story is laced around his problem. He aspires to become an actor and Gaali Sampath is all about the challenges faced by his son and the differences between the duo.

The trailer of Gaali Sampath promises to be entertaining throughout. Most of the film is shot in Vizag and Araku. Achu composed the music and Shine Screens, Imagespark Entertainment are the producers. The film is carrying decent expectations and it would clash with Sharwanand’s Sreekaram and Jathi Ratnalu. 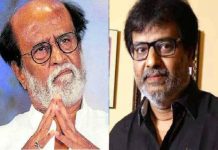