Talented actor Nani is riding a success wave with back to back hit films. After impressing the audience with ‘Krishna Gadi Veera Prema Gadha’ earlier this year, he is now looking to continue his purple patch with yet another promising film in the form of Gentleman. Directed by “Ashta Chamma” fame Mohana Krishna Indraganti, Gentleman features Surabhi and Nivetha Thomas as the female leads. After a huge round of promotions, Gentleman has premiered today in USA. Let’s see how the movie is…

Gentleman is a very interesting story about two love couples Gowtham – Catherine and Jairam – Aishwarya. Aish (Surabhi) and Cathy (Nivetha Thomas) meet on a flight from London to Hyderabad and become good friends. During the course of the journey, they tell each other about their boyfriend/fiancee. Cathy, a VFX designer by profession falls in love with Gowtham. Aish is a daughter of a rich industrialist and is engaged to an upcoming entrepreneur Jairam (Nani). Touching ground in Hyderabad, Cathy gets to know about the sad death of her boyfriend. The rest of the story is how the girls unravel the mystery behind the death as they get closer to the truth.

Analysis :
(Due to the nature of the story and plot, we will keep this analysis short and dry to avoid any potential spoilers)

Director Mohan Krishna Indraganti does a good job infusing the first half of the movie with adequate romantic and entertainment elements in both the love stories.The narration is fresh and free of any knee jerks or boring moments.The raw love thread between Cathy and Gowtham,and somewhat poetic love thread between Aishwarya and Jairam has been dealt with class touch by Indraganti. Adding to the classy touch is Mani Sharma’s background score. The movie’s strength lies in the fact that it is very far from your run of the mill love story. The first half of the movie proceeds at a good pace, the mystery in the second half drags it just a bit, but will not bore the audience. P.G. Vinda did a great job with his lens, bringing a rich look to the limited budget movie.Producer krishna prasad sivalenka (sridevi movies), who earlier produced Aditya369 like classics, proved he has a penchant for good movies.

Hero Nani must be appreciated for accepting different scripts. His acting in the two different roles was really good.The heroines are a good choice,pretty and cost effective. Niveda Thomas in her role as Cathy stands out with her performance. She has appealing features and can portray good expressions. Surabi is adequate. Avasarala Srinivas plays a serious role unlike his usual comedy ones. Vennela Kishore’s role as a manager in Jai’s company produces some hilarious scenes in the second half.

The mystery/crime investigative genre doesn’t leave much scope for commercial elements, however, it is evident that the Gentleman team have put their best foot forward trying to keep the audience engaged and entertained at the same time.

Overall with limited budget, the Gentleman team has delivered a pretty decent product.

– Different from routine story line.
– Good performances by the lead cast Nani, Nivetha Thomas and Surabhi.
– Plenty of romantic and feel good moments in the first half.
– Two back to back twists leading to the interval.
– Mystery solving elements.
– Two classy songs with good picturization.
– Mani Sharma’s background score

– Lag in second half slows down the pace.
– Climax could have been better.
– Audience expecting 6 song & 4 fight pattern might find the movie incomplete due to the lack of enough commercial aspects.
– Too Cinematic of mystery plot when revealed

Gentleman movie is a good effort with a class touch. Due to the nature of the story, second half slowed down with murder investigation. However, the director succeeded in maintaining good twists in the story. Due to lack of commercial elements in second half, overall impression ends at “average”. Gentleman will open to positive talk, will need to wait and see how it fares at Box Office. An easy watch for your free time viewing 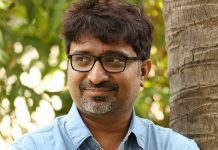 Went into depression because of RGV: Indraganti 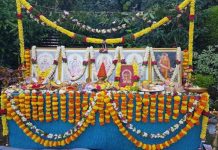