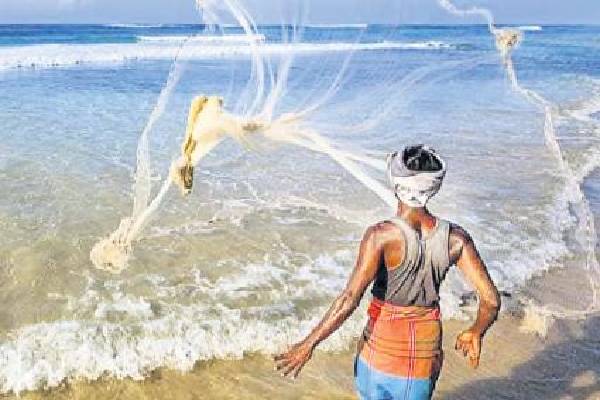 It is well known how the politicians of all sorts make tall promises on the issue of providing reservations in jobs and educational opportunities for the weaker sections and backward classes. Even the forward castes are also demanding these reservations. Different parties have promised reservations to the Kapus and successfully got their vote bank to come to power in the past. But, there has been no progress on this issue till now in the past several decades.
Now, it has become the turn of fishermen community who are seeking ST reservations. As of now, they are placed in the backward classes. Even then, many fishermen communities are lagging far behind so much so they are asking for ST reservations for the sake of social and economic upliftment.

The YCP leaders have promised the ST reservations to the fishermen in the elections. But now, CM Jaganmohan Reddy has clarified finally that he is not able to do anything in that direction. The CM has used his typical divine comment once again. He simply said that though he could not fulfil the fishermen’s request, the God would provide a solution at an appropriate time.

In Andhra Pradesh, the unusual and unhealthy political competition is taking the heat to a new high as the voters are finally left upset as their promises and prayers are going largely unanswered.