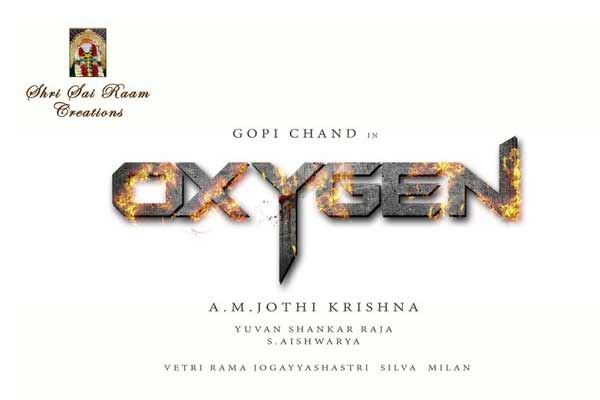 Awaiting the release of his forthcoming action entertainer Soukhyam, macho hero Gopichand has given nod to his next project. AM Ratnam’s son Jyothi Krishna will be making his comeback as a director with this film. The film has been titled Oxygen.

Happening beauty Rashi Khanna will once again team up Gopichand for the film. Yuvan Shankar Raaja will score the tunes and veteran actor Jagapathi Babu will play a crucial role in the film. Aishwarya will produce the film on Sai Raam Creations banner.

The first look poster was unveiled today evening. It looks like Jyothi Krishna is coming up with a new script. The film will be launched very soon and the regular shooting will commence from early next year.

Soukhyam is all set for a grand release on December 24th. AS Ravi Kumar Choudary is the director.