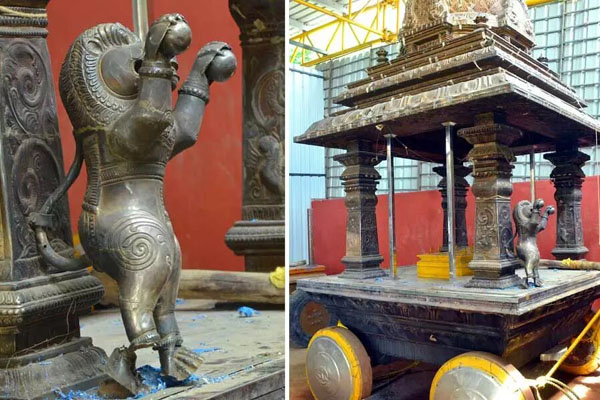 Somu Veerraju visited the famous temple in Vijayawada along with party leaders. Veerraju has enquired with the temple executive officer about the missing idols and expressed his anger over the alleged ‘negligence’ of the temple authorities. The temple officials informed the BJP leader that there is only one lion left on one of the four pillars of the chariot.

The Andhra Pradesh government on Wednesday stated that it has constituted a panel of revenue officials to look into the issue. Minister Vellampalli Srinivas also visited the temple to take stock of the situation at Kanaka Durga temple.

The chariot has four silver lion statues, of which these three are missing. Each statue is made up of eight kilos of silver. Security measures have been beefed up in Kanaka Durga temple after the silver statues went missing. Police are examining the silver chariot at the temple premises to check for any clues.

BJP leaders and Hindu organization activists are likely to intensify their agitation over what they call “increasing attacks on Hindu temples.”

Earlier, several BJP leaders were under house arrest over the century-old chariot burning incident in Antarvedi. Somu Veerraju was placed under house arrest when he had planned to visit the ancient temple in Antarvedi.
The Andhra Pradesh government had ordered a CBI probe into the incident after former chief minister N Chandrababu Naidu had demanded a probe by the premier investigating agency into the chariot fire and other incidents. The TDP president and BJP chief had earlier alleged that the YSRCP government was ignoring several incidents of attacks on Hindu temples. 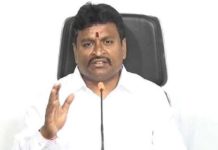