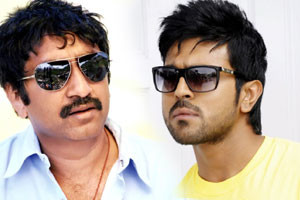 Great India Films is happy to announce that we have acquired the overseas rights of Ram Charan and Srinu Vytla’s family entertainer. This untitled movie is produced by super-hit producer DVV Danayya. Rakul Preet the current heart-throb of Tollywood is pairing up with Mega Power Star Ram Charan in this hilarious entertainer. Kona venkat and Gopi Mohan are providing the script and dialogues. SS Thaman is composing the music. Manoj Paramahamsa is the DOP.

Movie is scheduled to be released on Oct 15th 2015 for Dussera.