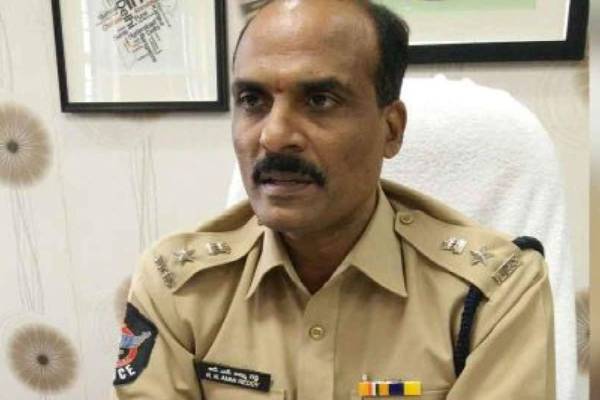 The AP Government suddenly transferred Guntur Urban SP Ammi Reddy without giving him any posting. Ammi Reddy has been asked to report to the DGP Office. In his place, Special Enforcement Bureau SP Arif Hafeez has been brought as the Guntur Urban SP.

Without doubt, shaking developments took place during the Ammi Reddy period. Rebel MP Raghurama Raju’s arrest, filing of sedition case and his alleged ‘custodial torture’ created political sensations all over. What more, the sedition cases filed against the ABN and TV5 channels had caused a sensation at the national level.

On top of it all, political circles were surprised why Ammi Reddy was suddenly moved out of Guntur. He has been doing a fantastic job right since the day of the arrest of the MP. It goes without saying that rebel Raju’s successful landing in Delhi after leaving the Army Hospital, Secunderabad, was a big disappointment to the AP Government. That happened despite the close vigil placed by the Guntur Urban police reportedly to take the MP back into their hands under some case or the other.

Now, it is becoming an increasingly difficult task for the police officers in the Guntur district to play a balancing act in between the ruling and the opposition leaders.