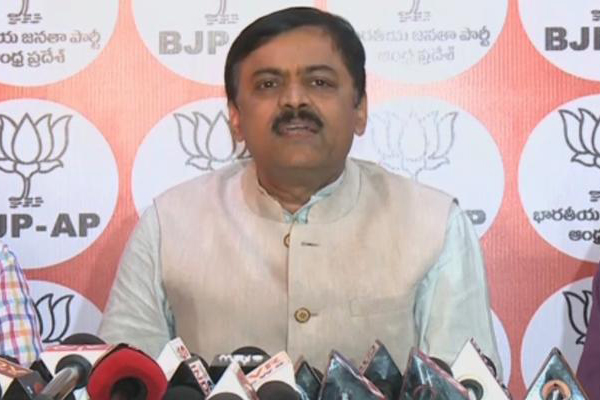 Bharatiya Janata Party (BJP) leader G.V.L. Narasimha Rao said on Saturday that if N. Chandrababu Naidu is ready to merge his Telugu Desam Party (TDP) with the BJP, he is ready to talk to the party leadership.

Stating that BJP didn’t need any alliance with the TDP, he, however, said that if Naidu came forward for merging TDP with BJP, he was ready to discuss it with his party leadership.

Addressing a news conference here, he also said that TDP chief Naidu was regretting snapping ties with the BJP because he was scared of the future. He, however, clarified that he was not threatening the former Andhra Pradesh Chief Minister.

“But, I don’t know if he is scared after seeing (P.) Chidambaram, (D.K.) Shivakumar and other leaders,” he remarked, referring to the Congress leaders arrested in corruption cases.

The Rajya Sabha member said that BJP didn’t need any tie-up with the TDP as the party lacked credibility and even ideology.

“There is no need for a tie-up with the TDP. It is a defeated party. Why should we save others. We want to emerge as a key force in the state on our own,” said GVL, as he is popularly known.

“There is no need for friendship with the TDP. What do they have? They had four Rajya Sabha MPs, they joined our party. We don’t need Lok Sabha MPs,” he said.

GVL said the BJP will not become stronger because of other leaders joining the party. “How will our party grow if 10 leaders who lost the elections join us? They are coming to save their own political future,” he said.

GVL’s remarks assume significance in the wake of a recent statement by Sujana Chowdary, one of the Rajya Sabha members who crossed over to the BJP from the TDP in June. Chowdary had said that if Naidu had any proposal to work with the BJP, he would to talk to the BJP leadership.

GVL said this was Chowdary’s own proposal and remarked that since he had been with the TDP for many years, he may have some soft corner for the party.

‘Paint your face black, Jagan govt should hang its head in shame’

LG Polymers has absolute liability for loss of life: NGT

‘Paint your face black, Jagan govt should hang its head in...