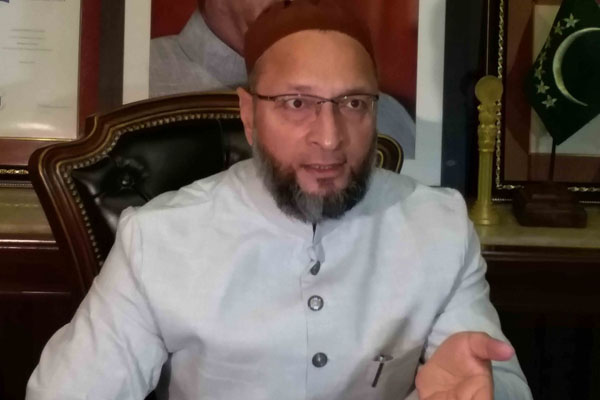 AIMIM chief Asaduddin Owaisi on Tuesday demanded that the violence hit-North-East Delhi be handed over to the Army.

The Hyderabad MP voiced concern over the situation in the national capital where clashes between pro and anti-CAA protesters have so far claimed nine lives, including a head constable of Delhi Police. Owaisi tweeted that Army should be called to restore peace.

“The situation in North East Delhi is only getting worse. If @PMOIndia wants to restore peace, it is incumbent on you that Army takes over the area,” tweeted Owaisi.

“Cops have abdicated their duty & are colluding with mobs. The only way to secure lives & limbs is to hand over the area to the Army,” he added.

Earlier, he told reporters that the violence in Delhi was state-sponsored.

Owaisi said the violence started after BJP leader Kapil Mishra issued an ultimatum. “He was standing with the concerned DCP. Why the DCP did not stop him,” he asked.

He said the BJP leader gave the ultimatum with tacit support of the government.

Owaisi said the videos which had come out clearly show how police had colluded with the rioters.

The All India Majlis-e-Ittehadul Muslimeen (AIMIM) President wondered why the government had not yet condemned the violence.

Referring to the statements made by some ministers that some elements resorted to violence in view of US President Donald Trump’s visit, Owaisi said if the government had prior information, why didn’t it act to prevent the violence.

The MP slammed the government for not quickly sending the additional forces and imposing curfew to contain the violence.