Superstar Mahesh Babu’s nephew and Jayadev Galla’s son Ashok Galla is all set for debut as the lead actor and his first film is titled Hero. Sriram Adittya directed the film and Nidhhi Agerwal is the lead actress. Top director SS Rajamouli unveiled the trailer of Hero and it looks colorful in every frame. The makers have spent a bomb on the film’s making. Ashok Galla looks impressive with his looks and screen presence. Hero promises to be high on action, romance and entertainment.

Ghibran’s background score is the other attraction of the trailer. Jagapathi Babu, Naresh, Ajay, Vennela Kishore and Brahmaji will be seen in other important roles in Hero. On the whole, the trailer of Hero promises decent fun and sounds like a packed commercial entertainer. Amara Raja Media & Entertainment bankrolled Hero and the film is heading for a theatrical release on January 15th across the globe. 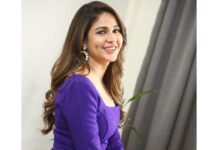 Surreal World Will Be A Unique Experience: Lavanya Tripathi 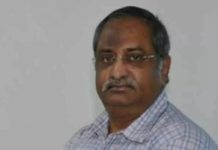