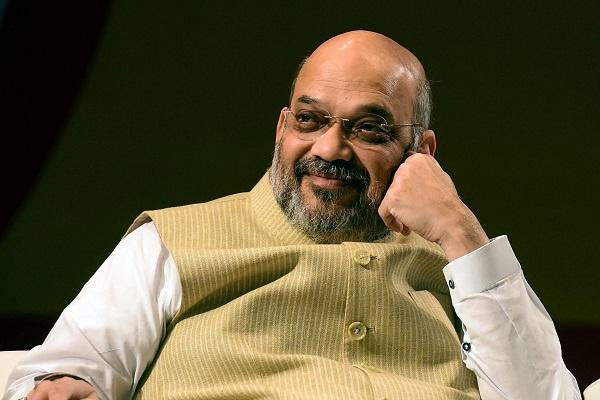 Technically speaking, the Central government has no powers to interfere with shifting of Capital by a state government. Probably because of this, the Modi government has not reacted on the Capital shifting in Andhra Pradesh. But now, the scene is dramatically changing. Save Amaravati sentiment is rising among Hindu religious leaders. Hindu Maha Sabha president Chakrapani Maharaj met Union Home Minister Amit Shah and complained against CM Jaganmohan Reddy. He demanded immediate interference of the Centre to stop Capital shifting from Amaravati. Maharaj told Amit Shah that the ongoing attack on Amaravati capital is nothing but an attack on Hinduism. Jagan family is directly behind religious conversions to destroy other religions in the state.

The Hindu leaders preferred to meet Amit Shah but not Modi to ask for action against AP government. Political circles say that as of now, it is Amit Shah who can give an immediate blow to Jagan Reddy. Shah can order speeding up of court trials in Jagan’s Rs. 43,000 cr CBI illegal assets cases. Such a process may get CM bail cancelled. The Prime Minister’s Office can also act but its role is very limited as of now. PM may obstruct shifting of Principal High Court and order a bench in Kurnool instead. Right now, Amaravati sentiment is rising in Hindu leaders in North India. Political circles are keenly watching how Amit Shah will respond and when.