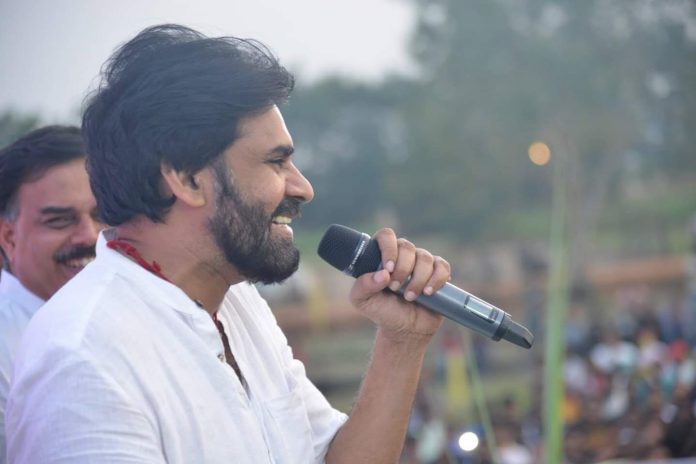 Jana Sena chief Pawan Kalyan visited Pedaravur village near Tenali today to participate in the festival celebrations. Jana Sena leader and former speaker Nadendla Manohar made arrangements for Pawan Kalyan’ s visit to Pedaravur.
Pawan Kalyan conducted ‘Atmeeya Samavesam’ and interacted with the farmers, students and women.People turned out in very huge numbers for Pawan’s meetings. Pawan spoke in the public meeting and commented that what youngsters want is not 25 kgs of rice but 25 years of future. He added that TRS and YSR always used to be at loggerheads earlier but now they both are joining hands together. “If I want a post or position, I could have get it in 2014 itself. But I came into politics to change the system but not just for political power”, he remarked.
Janasena cadres are exuberant because of the tremendous success of the program as people came in very huge numbers for Pawan’s meetings and rallies