Switch to: తెలుగు
Home Politics It is sad Jagan is asking people to live with virus: RRR 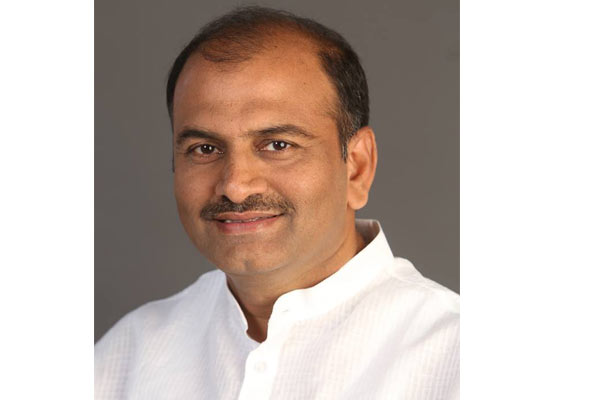 With Andhra Pradesh’s Covid-19 tally breaching the grim milestone of one lakh positive cases racing ahead to unseat Delhi to become the second-worst pandemic hit state in the country, YSRCP ‘rebel’ MP Raghurama Krishna Raju on Wednesday unleashed a frontal attack against his own government demanding that Chief Minister Y S Jagan Mohan Reddy initiate aggressive action to combat the spread of the infections.

Taking jibes at the Chief Minister, Raju advised him to desist from making public statements such as “learn to live with the coronavirus”. “Asking the people to live with the virus is sending wrong and ominous signals to the people. The chief minister should not be making such remarks as it erodes the public confidence in the government,” he suggested. When frontline warriors such as doctors, nurses and medical workers are working relentlessly in the war against the coronavirus risking their own lives, ‘live with the virus’ statements will be counter-productive, Raju observed.

Andhra Pradesh has emerged as the largest single day contributor of 7,948 cases to India’s total 42,002 new cases on Tuesday. The state has the fourth-highest number of Covid-19 positive cases at 1,10,297 cases and racing ahead to unseat Delhi to clinch the dubious third position in the country’s Corona ranking. A total of 1,148 Covid-19 patients have succumbed to the virus so far, and the fatality rate is growing each day.

“In such a scenario, repeatedly asking people to learn to live with the virus is rather unfortunate. Questions are being raised over the failure of public health leadership,” Raju said. Further, he advised the Chief Minister to constitute a committee comprising experts in the medical field mainly doctors to review the situation and evolve a mechanism to halt the alarming rise in infection rates in the state.

“The Chief Minister directed officials to ensure bed facilities to Covid-19 patients within 30 minutes. Our CM also warned serious action against district collectors and officials concerned for failure to provide bed facilities to Covid-10 patients. The CM direction is laudable, but the ground realities are different. Even to this day, even frontline warriors are not being provided with adequate PPE kits, masks and other medical gear. It is also true that the facilities in government quarantine are deplorable,” Raju noted.

Earlier, in a veiled attack, Raju advised Jagan Mohan Reddy to unleash innovative campaigns to contain the spread of the virus in the state. In a tongue-in-cheek comment, Raju said Jagan has more fan base than actor Chiranjeevi and that people will strictly follow if he makes an appeal to wear a face mask. “Jagan has more fans than Chiranjeevi. Hence, I appeal to the Chief Minister to start an innovative programme to bring awareness among the people. The programme should be a big hit like Chiranjeevi’s movies,” he had stated rather sarcastically.

He had stated that the Andhra Pradesh government had announced several welfare schemes, at least 20 of them under Jagan’s name. He had advised the state government to start a programme under ‘Jagananna’ name to combat the coronavirus pandemic. “People and the officials will take such a programme seriously. The Andhra Pradesh government should consider naming such a programme as ‘Jaganna Corona Care’ or ‘Jagananna Corona War’. Such a name will strike a chord with the officials and the public,” Raju took a jibe.

Raju had also advised Jagan to lead by example by wearing a face mask with an increasing number of his colleagues contracting the deadly virus.