Sharwanand and Siddharth are teaming up for the first time for a mass entertainer titled Maha Samudram. Ajay Bhupathi is the director and the film is releasing tomorrow. The video song of Jagadale Raani is out today and the song is all about the lead actors who are Rebels. Jagadale Raani narrates the bond between the lead actors and the song is canned in Goa. Jagadale Raani is a youthful number which will appeal to youth and is a retro number. The visuals are good and Bhaskar Bhatla penned the lyrics. The beats remind us about the old numbers of Ilayaraja.

Maha Samudram is carrying good expectations and has Aditi Rao Hydari and Anu Emmanuel as the female leads. AK Entertainments are the producers and Chaitan Bharadwaj is the music director. Rao Ramesh and Jagapathi Babu played other important roles in Maha Samudram. 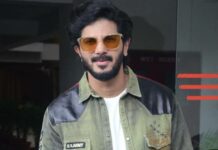