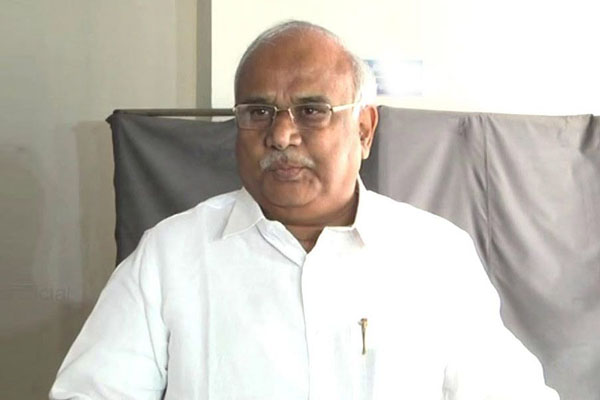 TDP Rajya Sabha member, Kanakamedala Ravindra Kumar, on Wednesday felt that the ruling dispensation in Andhra Pradesh is keeping mum though there are serious moves to privatise the Visakhapatnam Steel Plant, which is the result of a prolonged fight.

TDP MP, Kanakamedala Ravindra Kumar alleged that the YSRCP is frequently changing tack on the Visakhapatnam railway zone, he said and asked what is preventing the ruling party leaders from demanding the railway zone from the Centre. Instead, the YSRCP leaders are adopting a negligent attitude and resorting to cheap politics which has become a bane for the State, he observed.

The TDP MP believes that the Centre is not taking any initiative to resolve the disputes between the two Telugu States arising out of the State Reorganisation Act. There is no positive outcome even after the Union Home Ministry’s meeting with representatives of the two Telugu States and the officers who attended the meeting did not open their mouth whether they have given any clarity on the issues haunting the State, Kanakamedala maintained.

The Railway Board has already made it clear that setting up of the railway zone is not possible while the Centre too said that there is no comprehensive detailed project report (DPR) on the zone till now and that it is not profitable too. Despite all these developments, Chief Minister, Jagan Mohan Reddy, is still maintaining silence, he remarked.

“As a TDP member, I have raised several questions on the floor of the Rajya Sabha on implementing the promises made to the State in the Reorganisation Act. I even demanded the Centre to come out with the details on what is done to Andhra Pradesh for its development,” he said and maintained that the Centre, in reply to his questions, only made it clear that the State had not paid its share for the combined projects. Thus, there is no progress in the Centrally-sponsored projects, he observed.

The Centre, in writing, also expressed concern that there is no further development since the State is not showing any interest in the Centrally-sponsored schemes. It is a known fact that several educational institutions were set up in the State during Chandrababu Naidu regime, he said adding that the rights of the State were realised during his tenure as the chief minister.