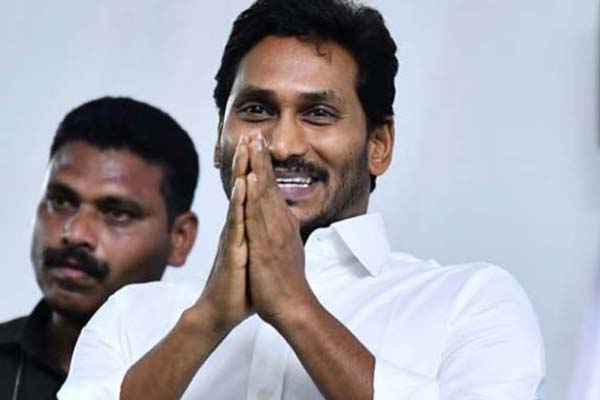 The sops spree continues in Andhra Pradesh in the New Year as Chief Minister Y.S. Jagan Mohan Reddy rolled out a slew of welfare measures.

The new schemes bring cheers to people ahead of ‘Sankranti’, a major festival even as state capital Amaravati continues to simmer over the ongoing protest by farmers against his three-capital proposal.

Leaders across political spectrum and people in north coastal Andhra and Rayalaseema regions have hailed proposal to develop Visakhapatnam and Kurnool as two other state capitals while the YSR Congress Party (YSRCP) government announced new sops to win more sections.

The New Year brought cheers for the employees of Andhra Pradesh State Road Transport Corporation (APSRTC) as the transport entity was merged with the government.

Fulfilling a major poll promise, Jagan government on January 4 issued an order for implementing of ‘Jagananna Amma Vodi’ scheme under which all the mothers or the guardians sending their children to school will get Rs 15,000 financial assistance every year.

The YSRCP government hopes this scheme, to be launched on January 9, will increase the number of school-going students in the state, enhance the quality of education and provide education for all.

The financial assistance of Rs 15,000 would be directly deposited in the beneficiaries savings bank accounts of the mothers or the guardian in January every year till the child completes class 12.

The scheme applicable to mothers from below poverty line will be implemented in all the government, private aided, private unaided schools and junior colleges.

The government order for ‘Amma Vodi’ was released on January 4, a day after Jagan launched Arogyasri pilot project at Eluru in West Godavari district.

The new government has brought revolutionary changes in the Arogyasri aimed at providing free healthcare to poor in private corporate hospitals.

The scheme has been extended to cover 2,059 diseases, which was earlier limited to 1,059 diseases and it would be applicable to all medical bills which exceed Rs 1,000.

As promised during elections, the scheme would be applicable to all families whose annual income is below Rs 5 lakhs. A total of 1.42 crore cards would be issued and all of them would have QR code containing all the details of the scheme, officials said.

Village secretariats have been entrusted with the responsibility of issuing the cards.

Over 150 super-speciality hospitals in Hyderabad, Chennai and Bengaluru have been brought under the purview of the scheme from November 1 last year and financial assistance is being provided since December 2.

YSRCP, which came to power in May last year with a landslide majority, announced a series of sops for various sections of the society despite the financial crunch.

It is estimated that the schemes announced by the Jagan government require an additional Rs 40,000 crore annually.

According to Agriculture Minister K. Kanna Babu the government has implemented about 80 per cent of the promises made in the manifesto. “The decisions taken by our government are a role model for the entire country,” he said.

YSR Rythu Bharosa for financial assistance to farmers, interest-free loans, free insurance for farmers, free borewell and free power supply to farmlands are among the schemes announced for farmers.