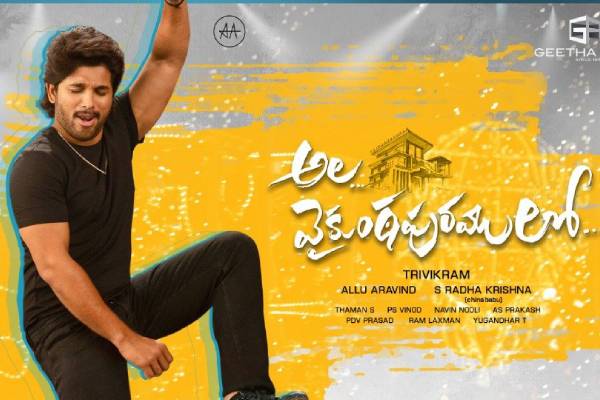 The music album of Allu Arjun’s Ala Vaikunthapurramuloo is a smashing hit and it is on the top of the charts. A grand musical night of Ala Vaikunthapurramuloo is planned tomorrow evening at Yousufguda Police Grounds. 54 musicians and singers will perform live which makes this the biggest musical night of South India. Grand arrangements are being made for this lavish event.

Thaman along with his bunch of singers will go live on the stage. The theatrical trailer of the film too will be launched tomorrow. The post-production work of Ala Vaikunthapurramuloo is done and the film releases on January 12th. Trivikram is the director and Pooja Hegde is the leading lady. Haarika and Hassine Creations, Geetha Arts are the producers.