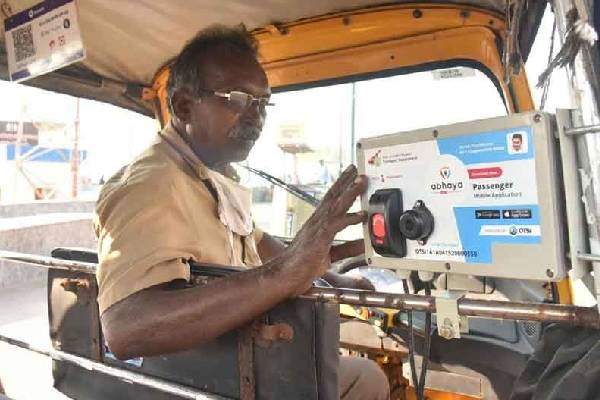 The previous Chandrababu Naidu regime launched the ‘Abhaya Project’ app for the safety of women and children travelling in auto rickshaws and passenger cars. Now, the same app is renamed as ‘Abhayam’ and launched once again by Chief Minister YS Jaganmohan Reddy as if the novel idea came from the YCP Government. What more, front page ads were given in the Sakshi and the national media papers to get huge publicity for the ruling party and the Chief Minister.

Home Minister Mekathoti Sucharita made tall claims and also boasted about this technology in her Twitter messages. When it was cross checked, the copycat act of the YCP regime got exposed. There were clear proofs of the Chandrababu Naidu regime launching the Abhaya technology. As part of this, it was proposed at that time to fix the Internet of Things (IoT) devices on over 1 lakh auto rickshaws in Vijayawada, Guntur and surrounding areas. Over Rs. 138 Cr was proposed to be spent.

Ms. Sucharita has said that their Government has also proposed fixing of the devices on 1 lakh auto rickshaws with no change in the project details. The overall technology involves provision of a panic button in the passenger vehicles. If a passenger feels threatened, he or she can press the button to get help from the department. Moreover, the auto rickshaw will come to a standstill after travelling for some distance once the panic button is pressed.

The TDP leaders are saying that their Government’s novel programmes were being copied and used to get publicity for the CM now. Still, the stamp of Chandrababu Naidu on all such development projects would be remembered forever.