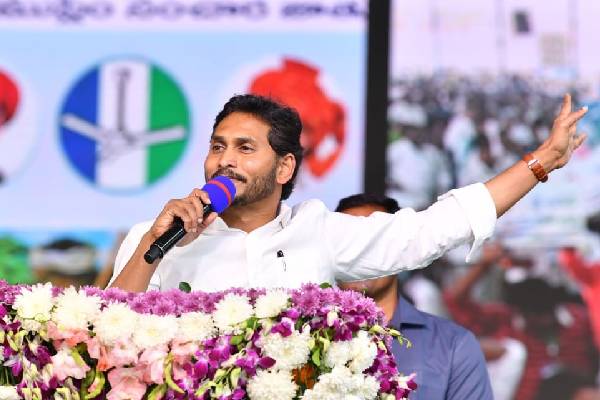 Chief Minister YS Jagan Mohan Reddy has said that the Backward Classes are the backbone classes for his YSR Congress. He said that the BCs have been a strong support for his party, and he had repaid them with due share in all posts.

The chief minister addressed the Jayaho BC conclave in Vijayawada on Wednesday, where he came down heavily on the opposition TDP comparing his regime with that of the TDP. He said that the TDP had used the BCs only as vote bank while the YSR Congress had been giving them greater representation in all posts and welfare programmes.

He said that his government had constituted a BC Commission for the first time in the country on a permanent basis. He further said that he had been working for the socio-economic and political development of the BCs. He claimed that his party was strictly implementing the BC declaration given in Eluru in 2019.

He emphasised that BCs are not iron boxes, sewing machines, tools, they are backbone castes. The YSRCP government has given priority to SC, ST and BC minorities in every step. Out of eight Rajya Sabha nominees, majority of them were given to BCs, he said.