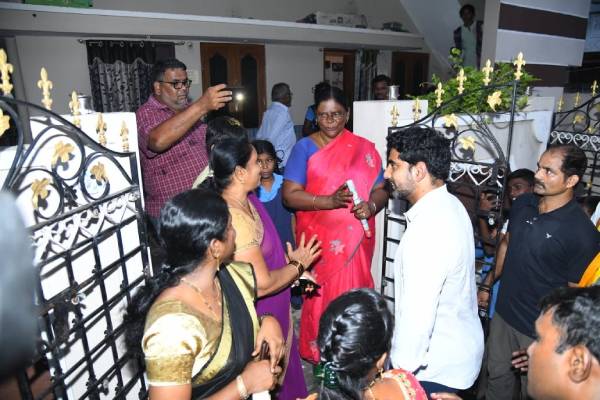 Taking part in the ‘Badude Badudu’ programme at Prakash Nagar in Tadepalle, Lokesh said that the people are suffering a lot due to various kinds of taxes being imposed on them. “Why is the drinking water being supplied at midnight,” he asked.

Lokesh said that the local MLA promised pattas to those living in the hilly terrains soon after coming to power but till now no such action has been initiated, he said. The locals made several complaints to the officials with regard to the drainage, drinking water and the damaged roads but no action has been taken yet, the TDP general secretary said.

The common man is unable to have two square meals a day due to the huge amount of taxes being imposed on all the commodities, Lokesh observed. The prices of the essential commodities are skyrocketing and Chief Minister, Jagan Mohan Reddy, who promised total prohibition after coming to power is now encouraging liquor sales, he observed.

The local MLA is not taking any steps to resolve the problems but resorting to demolition of houses, Lokesh maintained. The TDP general secretary promised to come to the rescue of the locals once the TDP comes back to power.