Switch to: తెలుగు
Home Politics Pawan is likely to meet Modi at Visakha, what’s up? 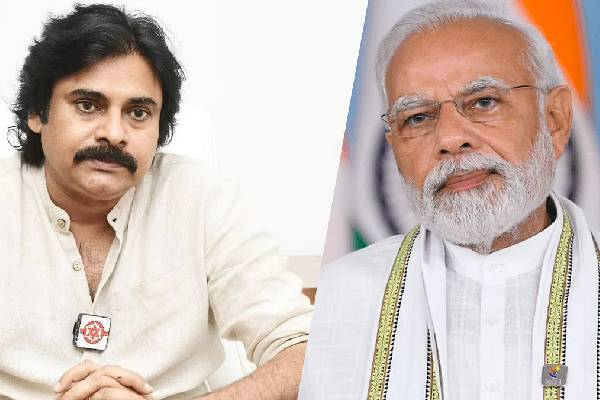 Jana Sena chief Pawan Kalyan is likely to meet Prime Minister Narendra Modi in Visakhapatnam. The Prime Minister is arriving in the port city on Friday evening and will stay till Saturday noon.

Jana Sena chief Pawan Kalyan too is leaving Hyderabad on Friday noon and will reach Visakhapatnam by noon. He would stay in the city for the two days.

Quite interestingly, Chief Minister Y S Jagan Mohan Reddy is also leaving for Visakhapatnam on Friday noon and will reach the city by evening. He would receive the Prime Minister and later join Modi in the official programmes on Saturday morning.

The Jana Sena chief is also likely to explain the demolition of houses in the Ippatam village of Tadepalli mandal in the Guntur district. He is said to have made up his mind to explain the vendetta politics that chief minister Jagan Mohan Reddy was following in the state.

However, the schedule was not fixed for the meeting between the prime minister and the Jana Sena chief. The meeting, if it happens, is likely to assume political significance amid reports coming up on the possible alliance between the Jana Sena and the TDP for the 2024 general election.