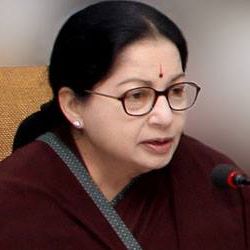 Tamil Nadu chief minister Jayalalithaa is unwell. If sources are to be believed the iconic lady of Tamil Nadu politics is likely to be shifted to Singapore for advanced treatment. She is said to be ailing with liver related problems.

“Her health is so fragile that doctors are of the opinion that the transplant procedure, which involves major surgery, may be a difficult proposition,” a report in rediff.com said.

The heroine of yester years, who took politics in association with MG Ramachandran, is 67.  She took oath for fifth time as chief minister on May 23, after a stunning victory in a byelection. She was convicted in a case related to disproportionate assets last year  by a special court in Bengaluru. Then she resigned from office and assembly. Later, the Karnataka High Court acquitted her. She contested byelection from Radhakrishna Nagar constituency in Chennai and returned with a margin of 1, 50,000 vote

“Her other organs are fragile and that would make the transplant more difficult,” the rediff report said.

Now, the two pillars of Tamil politics, Jayalalitha and her arch rival and DMK leader M Karunanidhi is bad health. Karunanidhi has been confined to wheel chair for years.

Their health condition is expected to reshape the southern state’s politics if their doctors advised rest for the duo.