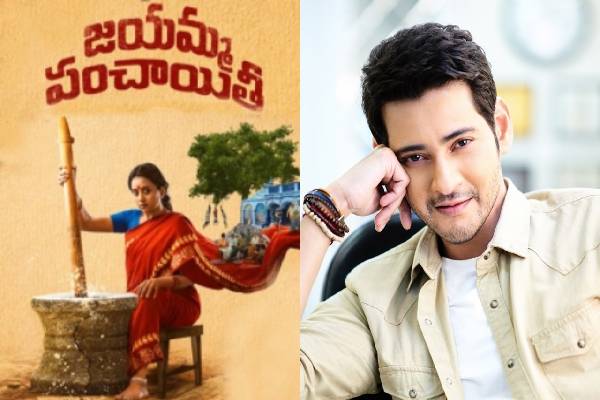 The trailer of ‘Jayamma Panchayathi’, starring popular Telugu anchor Suma Kanakala, will be released on Friday. The film is directed by Vijay Kumar Kalivarapu and has music by MM Keeravaani.

According to the makers’ official announcement, Mahesh Babu will release the ‘Release Trailer’ of ‘Jayamma Panchayathi’, on Wednesday at 11 a.m. The creators announced it on social media, along with a new poster.

The movie’s promotional content has generated hype about the flick, which is being bankrolled by Balaga Prakash under the Vennela Creations banner, and we will have to wait and see how the film is received by the audience.

Suma Kanakala will be seen in a peculiar role in ‘Jayamma Panchayiti’.