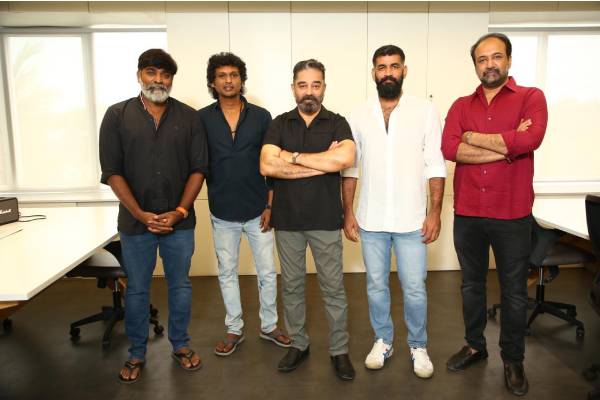 After a disastrous performance of his party in Tamil Assembly elections this year, top actor Kamal Haasan decided to focus on films. He has been in talks with various filmmakers and he commenced the shoot of his announced film Vikram. Khaidi fame Lokesh Kanagaraj is the director and the shoot commenced today in Chennai. Critically acclaimed actors Vijay Sethupathi and Fahad Fazil will be sharing screen with Kamal in this action thriller.

The entire shooting portions of Vikram are expected to be completed this year and the film will have its release next year. Kamal Haasan is the producer and the release date will be announced soon. Kamal is also keen to complete the shoot of Indian 2 next year that is delayed. Shankar is the director of this big-budget film.