At a time when Hindi has been at the centre of a controversy over whether it should become India’s link language, Tamil superstar Kamal Haasan, who had once called Hindi “still a little child in diapers”, said here on Thursday that the conversation is not needed as the country’s “diversity is our strength.”

The actor, who was in the national capital to promote the Tamil action thriller ‘Vikram’, said: “We should be proud that we have people speaking different languages but communicating with each other in English. There’s nothing wrong with it. The British robbed us of many things, but they left us something which we can encash now.”

Talking to IANS, the auteur, who’s back from the 75th Cannes Film Festival, underlined the strength of India’s linguistic diversity: “Why are we making it our weakness? We have so many languages and we have learned to live with them. We have so many cuisines. Our diversity is our strength. We should be proud of it rather than being ashamed of it.”

The 67-year-old star, who started as a child artiste when he was all of six, has been acting for more than five decades. He has worked in several languages, including Tamil, Telugu, Bengali and Hindi, where he has been a part of a number of acclaimed films such as ‘Sadma’, ‘Ek Duuje Ke Liye’ and ‘Saagar’.

He’s happy therefore about the emergence of an ‘Indian cinema’ that cuts across language barriers. Why did it take us so long to call it ‘Indian cinema’?

Kamal, who likes to be referred to as an “Indian actor”, said: “I hope it happens in every field. You call it Indian language instead of calling it Tamil, Malayalam, Hindi or Bengali. It’s our language. I cannot speak it but there are millions who can speak it. Like 80 million people speak Tamil, that’s a lot of people bigger than a country.”

Over the years, the box office has seen regional language movies such as the ‘Baahubali’ franchise, and more recently, ‘Pushpa: The Rise’, the ‘KGF’ franchise and ‘RRR’ leaving Hindi films far behind in the competition for eyeballs. What is Bollywood doing wrong?

“Nothing wrong,” the superstar was quick to reply, adding: “Some of them are very talented.”

“It’s just that he didn’t get the right opportunity, the producer, to do it. The same applies to filmmakers when they want to make a film — the right production, the right distribution, the right publicity, these are all important factors. All these are coalescing now, thanks to technology, communications, YouTube, media — everything has grown. So, we are able to reach out to a lot more people, instead of shouting ourselves hoarse to get national attention.”

‘Vikram’, which is being backed by Kamal Haasan production house, Raaj Kamal Films International, is scheduled for a June 3 release. Besides the superstar, the Lokesh Kanagaraj film has Vijay Sethupathy and Malayalam actor Fahad Faasil playing the lead characters, with music scored by Avinash Ravichander. 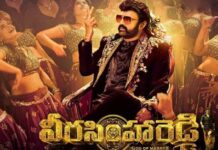