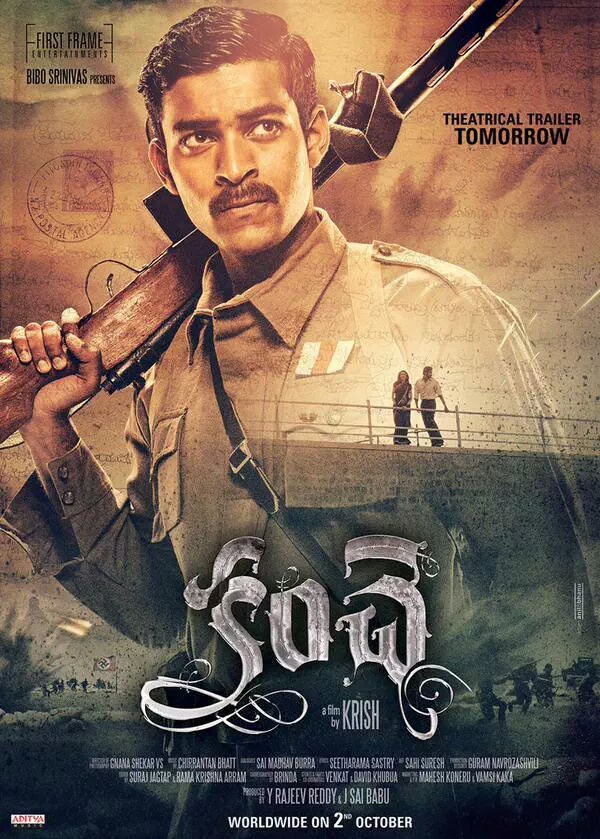 Krish who is known for his unique style of film making is following a unique style of promotion for his film Kanche. Today character posters of the hero and heroine were launched. Hero is named Dhoopati Hari Babu and heroine is named Rachakonda Seetha in the film. Theatrical trailer of the film will be launched tomorrow, September 1st 2015 on the eve of Power Star Pawan Kalyan’s birthday. Sources reveal that the theatrical trailer is spectacular and is sure to pique the interest of movie goers. Varun Tej and Pragna Jaiswal will be seen as war torn love pair in this film. Chiranthan Bhatt is scoring music. Rajeev Reddy is producing the film on First Frame Entertainments banner. 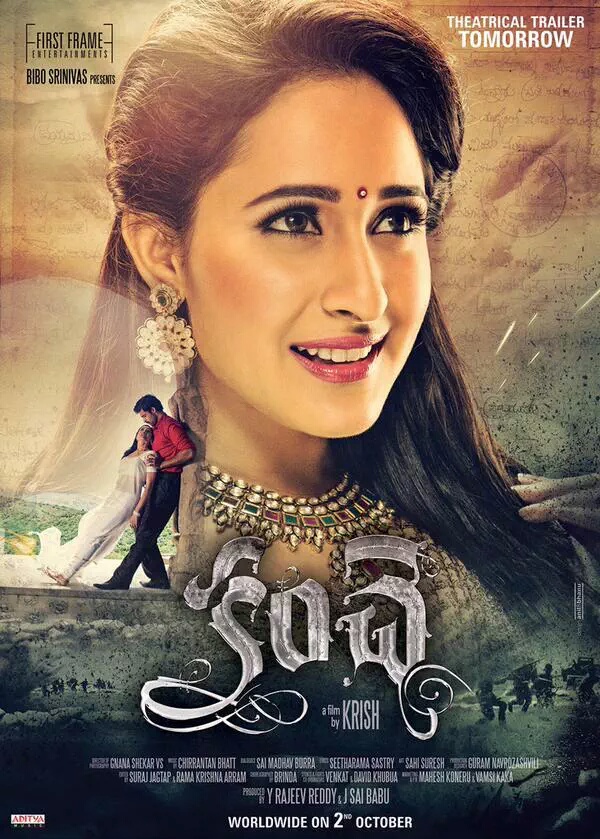 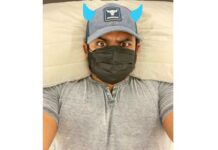