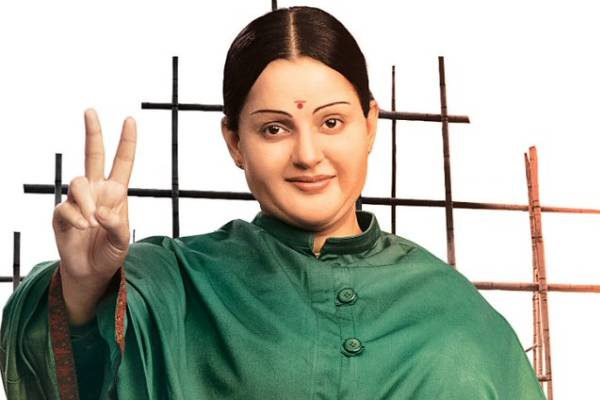 Thalaivi happens to be the prestigious project featuring Kangana Ranaut and is based on the life story of Tamil Nadu ex-Chief Minister J Jayalalithaa. The makers planned to shoot the next two schedules in Hyderabad and Chennai respectively in massive sets erected. The Hyderabad schedule was planned to commence from March 10th but was put on hold. A massive Parliament House set is erected in Ramakrishna Studios, Hyderabad for the shoot. Not even a single day of the shoot happened due to lockdown. With the recent rains in Hyderabad, the makers are worried that the sets would be damaged. With the lockdown imposed, the makers have no trace about the status of the set in Hyderabad.

It is quite impossible to start the shoot anytime soon and the rainy season will surely damage the erected set. The reconstruction of the set will be an expensive affair says the producers. A Mount Road set was erected in AVM Studio, Chennai. The makers invested Rs 5 crores on these two sets in Hyderabad and Chennai. The film completed 60% of the shoot and the makers are waiting for the completion of lockdown to wrap up the other portions. AL Vijay is the director and Thalaivi will release soon in all the Indian languages. Vishnu Induri is the producer. Thalaivi was earlier announced for June 26th, 2020 release.