Telugu360 already revealed that young actor Karthikeya is teaming up with GA2 Pictures for a mass entertainer. The film will be directed by debutant Koushik and Karthikeya plays Basthi Balaraju in this mass entertainer. The film is titled Chaavu Kaburu Challaga. The regular shoot will commence soon and the pre-production work is currently on cards. The female lead and other actors are finalized currently. Allu Aravind will present Chaavu Kaburu Challaga and Bunny Vas will handle the production responsibilities. More details awaited. 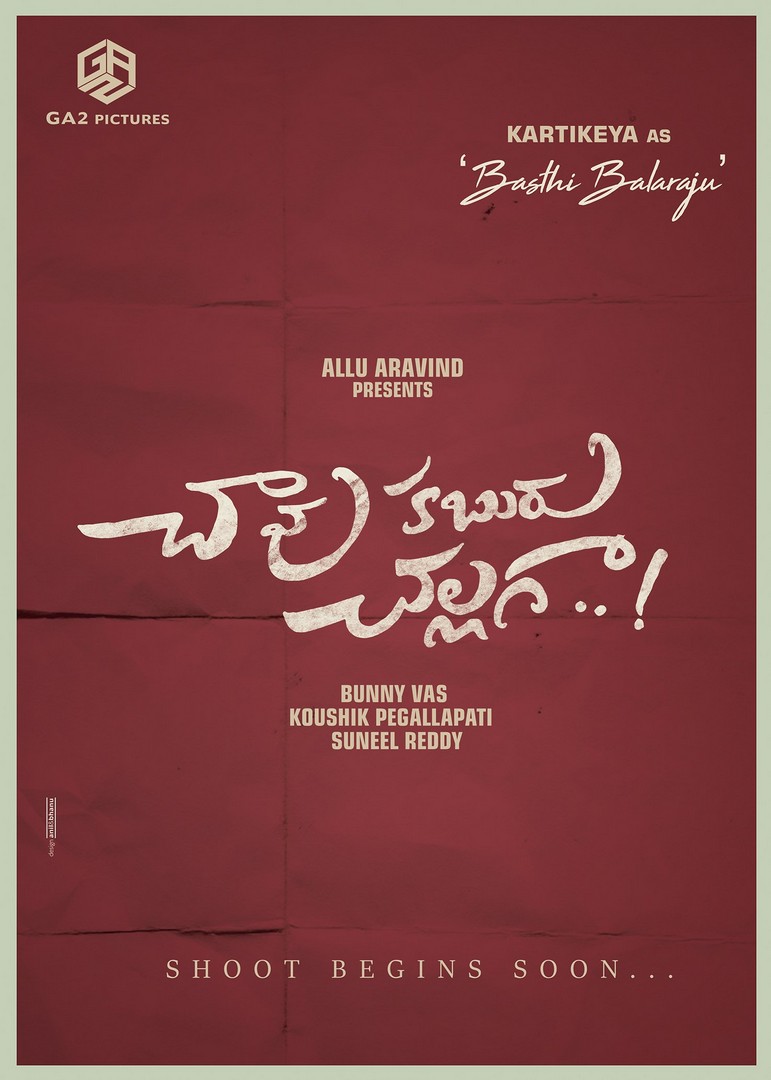