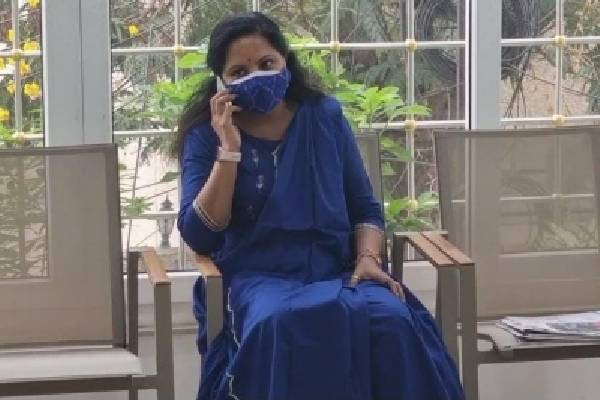 Amidst state wide lockdown, MLC Kalvakuntla Kavitha saved the life of a pregnant mother Jyothi as she delivered her first child on Monday.

The MLC got her admitted to a private hospital and paid the delivery expenses.

On May 22, while responding to a SOS Twitter request Kavitha took up the case of a young 23-year-old pregnant mother Jyothi. Jyothi was ailing and facing severe complications as she was nearing her delivery. Her husband Raju Naik, a cab driver from Kosgi was also finding it difficult to meet the medical expenditures launched a crowd funding campaign to pay of the delivery expense.

Kavitha who is known for her swift actions and has been actively responding to calls for help in her personal capacity. Upon listening about their problem and their crowd funding campaign within no time she reached out to the family and personally looked into the case of Jyothi. Given her delivery complications, Kavitha moved her to a private hospital and decided to bear all the medical expenses to ensure that both Jyothi and the unborn were safe especially in times when the country is witnessing a second wave of COVID-19.

Today, Jyothi has given birth to a baby boy and has responded well to the surgery. Soon Jyothi and Raju Naik will be back home with their newborn. The family from Kosgi has been overwhelmed by this hearty deed of MLC Kalvakuntla Kavitha who individually pursued the matter and provided the best medical care to the woman and their child.

It is not for the first time that the former MP from Nizamabad Kavitha has stood up for humanity and the people. She has been known for her empowering actions that have enabled various sections of society time and again.