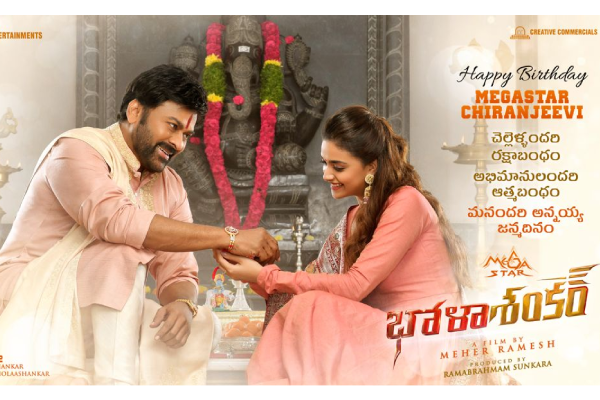 Megastar Chiranjeevi and Meher Ramesh’s film is all set to go on floors this month. Wishing the actor on his birthday, the film’s title is revealed as Bholaa Shankar.

The makers have treated with another pleasant surprise. Stunning and the very talented Keerthy Suresh is finalized to play Chiru’s sister and the news is proclaimed officially through a video.

Keerthy Suresh ties rakhi to Chiranjeevi and then takes his blessings. The bonhomie between the two is eye-pleasing. Sister’s role is second important and Keerthy Suresh feels glad to play the role. Mahati Swara Sagar has composed wonderful BGM for the video.

Produced by Ramabrahmam Sunkara and Anil Sunkara on AK Entertainments, Bholaa Shankar will start rolling soon, while the release is planned in 2022.