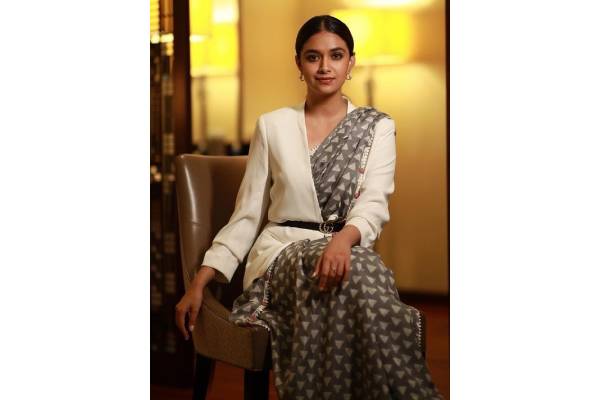 As this is her first collaboration with superstar Mahesh Babu, the excited actress has joined the team in their promotional phase.

‘Sarkaru Vaari Paata’ billed as a commercial action drama, stars Mahesh Babu in a role unlike any other. Keerthy Suresh, who plays his love interest in the film, joined the team to promote the film on Thursday by participating in a video interview.

The makers have enlisted Keerthy Suresh to handle the first round of promotions while Mahesh Babu is on vacation and will return in the first week of May.

The video interview featuring Keerthy Suresh will be released soon in order to increase the buzz surrounding the film’s release.

Mahesh Babu is reportedly having a story session with ‘RRR’ director S.S. Rajamouli about their next project while on a short trip to Dubai.

Directed by Parasuram Petla, the movie ‘Sarkaru Vaari Paata’ is slated for its grand release on May 12.