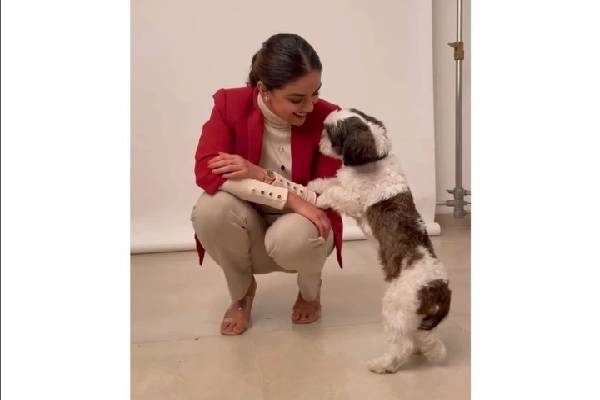 Southern star Keerthy Suresh has shared a glimpse of her first shoot of the year. In a string of pictures she shared on Instagram, Keerthy is seen posing with her pet dog Nyke.

Keerthy, who has featured in Tamil, Telugu and Malayalam films, was feted with the National Film Award for portraying actress Savitri in the 2018 Telugu biopic film Mahanati.

The actress had her first lead role in the 2013 Malayalam film “Geethaanjali”. She was then seen in films such as “Ring Master”, “Idhu Enna Maayam”, “Rajini Murugan”, “Remo”, “Nenu Sailaja”, “Bairavaa”, “Thaana Serndha Kootam”, “Sandakozhi 2” and “Sarkar”.

She will next be seen in films such as “Good Luck Sakhi”, “Marakkar: Arabikadalinte Simham” and “Rang De”.