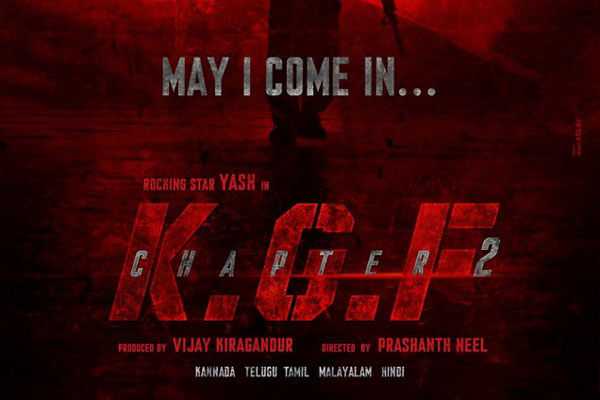 The makers of KGF: Chapter 2 wanted to release the film for Dasara initially and the shoot was put on hold due to the ongoing coronavirus pandemic. Prashanth Neel and his team utilized their best and wrapped up most of the post-production work during this time. The film’s lead antagonist Sanjay Dutt was diagnosed with lung cancer which left them worried. Prashanth Neel at any cost wanted to release KGF: Chapter 2 for Sankranthi 2021 but the latest update says that the film may not hit the screens during the festival time.

Sanjay Dutt is returning back to the sets and he would shoot for his portions in November. The other portions are currently shot in Ramoji Film City, Hyderabad. The makers initially wanted to shoot Sanjay Dutt’s portions through a body double. Now, Sanjay will make his presence and the shoot may not be completed in November. The delay in the shoot is now pushing the release date further. There are speculations that KGF: Chapter 2 will hit the screens in summer 2021. The producers who pooled out big money are also considering about the coronavirus wave and decided to delay the release as of now.