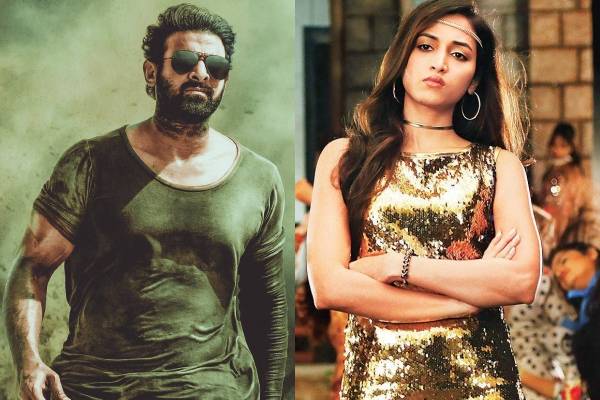 Young Rebelstar Prabhas and KGF sensation Prashanth Neel are working for Salaar, a high-voltage action entertainer that is in shooting mode. The film would be high on action along with all the needed commercial ingredients. If the latest speculations are to be believed, Prashanth Neel approached KGF beauty Srinidhi Shetty for a special song in Salaar. The actress reportedly gave her nod and the song will be shot later this year in a special set.

The song is said to be an item number that will be shot on Prabhas and Srinidhi Shetty. The next schedule of Salaar was kept on hold and it is expected to resume from the mid of June. Shruti Haasan plays the leading lady in this big-budget film. Hombale Films are producing this pan-Indian project and Salaar is announced for a wide release in April 2022. Prabhas is also shooting for Adipurush, a mythological drama directed by Om Raut.