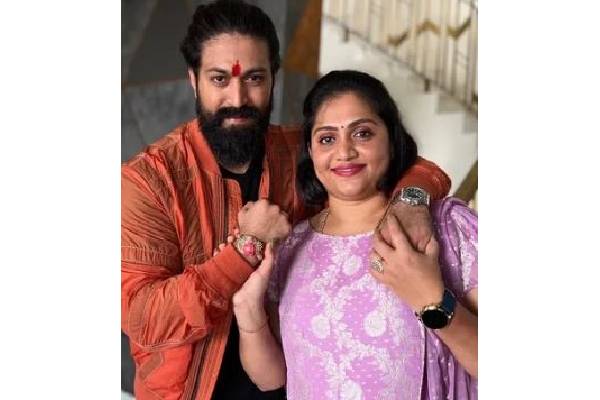 ‘KGF’ star Yash, who is popularly referred to as his character name Rocky bhai by his fans, shared an endearing picture on social media celebrating Raksha Bandhan.

Taking to his social media, Yash shared some really adorable pictures with his sister Nandini Rahul, where they can be seen celebrating Raksha Bandhan. The actor wrote a loving caption while wishing his fans a happy Rakhi.

“Siblings – Brought together by destiny but bonded by lifetime of love and support. Here’s wishing everyone a happy Raksha Bandhan,” the actor, whose real name is Naveen Kumar Gowda, wrote as the caption.

On the film front, the 36-year-old’s film ‘KGF: Chapter 2’, created a stir when it released earlier this year. In the domestic market, the film collected over Rs 900 crore. It went on to collect around $27 million internationally.

Yash gained the spotlight as a leading actor of Kannada cinema with films such as ‘Googly’, comedy-drama ‘Raja Huli’, fantasy action ‘Gajakesari’, romantic comedy ‘Mr. and Mrs. Ramachari’, action film ‘Masterpiece’ and action-romance ‘Santhu Straight Forward’ among many others.