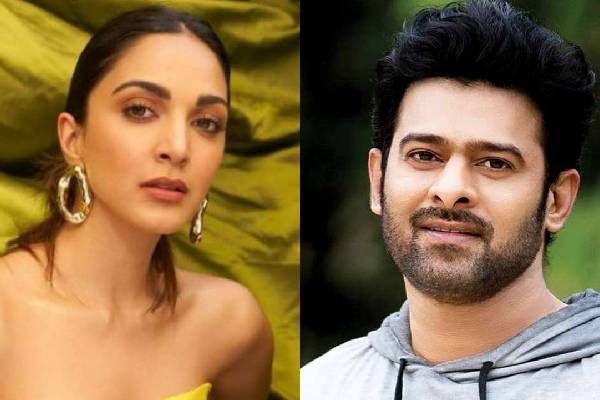 Kiara Advani is one of the most happening beauties in Bollywood and she has her dairy full with a number of projects. From the past couple of days, there are speculations that Kiara Advani is all set to romance Prabhas in his upcoming movie Spirit that is directed by Sandeep Vanga. Keeping an end to the speculations, the team of Kiara Advani condemned the rumors. Rashmika Mandanna has been roped in as one of the leading ladies in Spirit. The shoot commences next year once Prabhas is done with his current projects. T Series will produce this interesting attempt.

The official statement of Kiara Advani’s team told “In the wake of recent reports and speculations about Sandeep Reddy Vanga’s upcoming film starring Prabhas, as Kiara Advani’s spokesperson would like to clear the air about the matter. Kiara has not been approached for the film nor has there been any conversation about the same. In case of any update, we would officially announce and inform everyone. Hence, kindly request everyone to refrain from indulging in the rumours”.