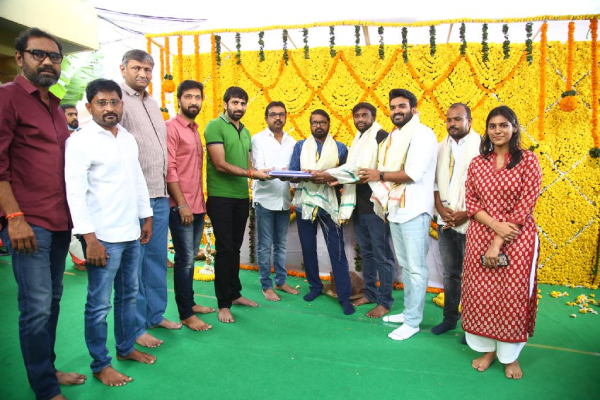 Kiran Abbavaram, who is fresh from the success of S R Kalyana Mandapam, has commenced his next. The film directed by Ramesh Kaduri and produced by Clap Entertainment in association with Mythri Movie Makers has been launched in a grand manner.

Touted to be a ‘pucca mass’ entertainer and a commercial film, the film has been tentatively titled Production No. 4. At the launch event in Hyderabad, the clap was given by Koratala Shiva and Gopichand Malineni directed the first shot.

The camera was switched on by KS Ravindra (Bobby) while Koratala Shiva, Gopichand Malineni, Ravindra and Mythri producers Naveen, Ravi and Cherry handed over the script.

A former associate of Bobby and Gopichand Mallineni, Ramesh Kaduri is debuting with this movie. Chiranjeevi (Cherry) and Hemalatha Pedamallu will be producing the film and Naveen Yerneni and Ravi Shankar Yalamanchili of Mythri Movie Makers will be presenting it.