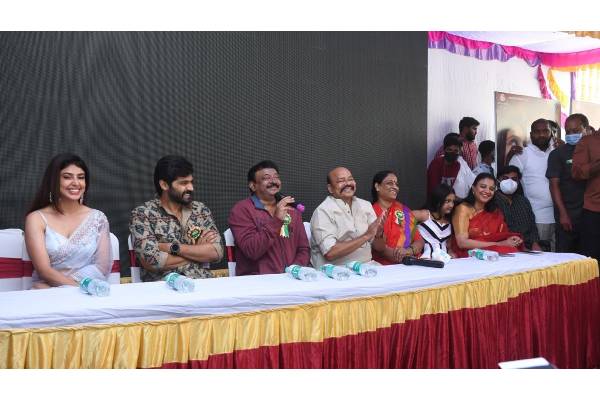 Speaking at the trailer launch of the upcoming biopic ‘Konda’, Konda Murali had recalled the horrific assault he had faced due to political clashes in the past.

Konda Murali’s wife Konda Surekha, an Indian politician from the Indian National Congress party, had stated that her family survived horrific attacks in the past.

Taking inspiration from those dark days of the Konda family, Ram Gopal Varma has come up with the biopic of Konda Surekha, which is currently one of the most-hyped topics in Telugu.

Murali, who spoke at the event said that he survived an assassination attempt on him 30 years ago on January 26. “Despite 47 bullets being shot into my body, I survived the attempt, not for my family but for my people. The trailer for Ram Gopal Varma’s latest directorial- ‘Konda’ was unveiled at an event held on Wednesday. Billed to be the biopic of Konda Murali and Konda Surekha, the duo recalls the terrific attacks they had faced in their lives.

Murali lauded Ram Gopal Varma for his dedication, as he was in Warangal for more than 75 days just to shoot the movie ‘Konda’.

“I narrated a few things in my life. Ram Gopal Varma researched and went on, to speak with several native folks to know more about my past and how I survived the most brutal attack”, Murali said.

Surekha said, “The trailer has reminded me of the dark days when we faced the toughest challenges in life.”

“The day on which my husband was subjected to an assault, there was blood everywhere. As I recall the incident, it still feels so dark. I was shell-shocked as I saw my husband in a blood pool,” Surekha said.