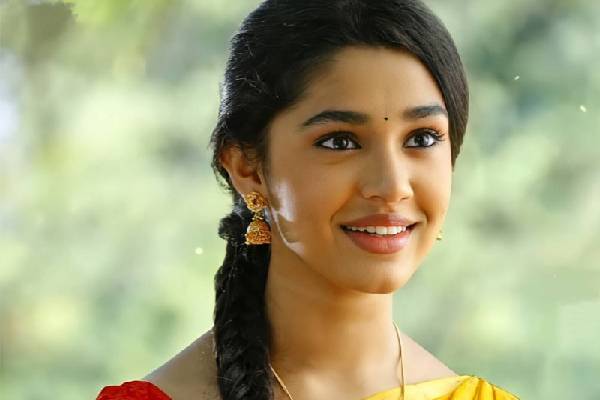 Krithi Shetty created a sensation with her debut film Uppena. The performance and the screen presence of the actress were appreciated widely and she many projects even before the release of her debut film. She is charging close to Rs 50 lakhs for her upcoming projects. The actress has been approached for the heroine’s role in Teja’s upcoming movie but the actress had a big no. Teja is launching Rana Daggubati’s brother Abhiram Daggubati with a romantic drama and the script work of the project got completed.

Krithi Shetty was approached and the actress rejected the offer. The makers were ready to offer a better paycheque for the young beauty but she did not sign the project. Teja is currently in the hunt for a new actress for the role. The shoot of this film commences after the pandemic calms down. Krithi Shetty is busy with Nani’s Shyam Singha Roy, Sudheer Babu’s Aa Ammayi Gurinchi Meeku Cheppali directed by Mohana Krishna Indraganti. A couple of other projects are in the discussion stages for this Uppena beauty.