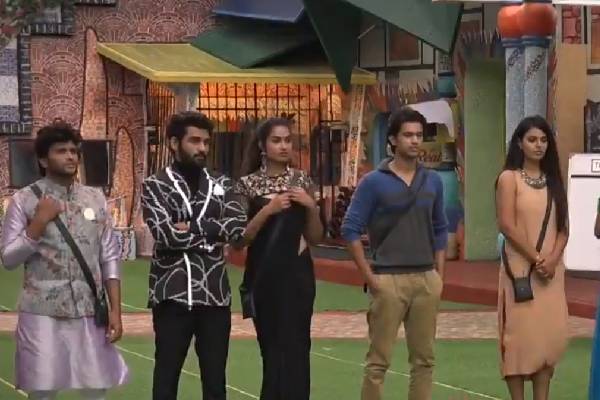 Finally, the suspense is revealed. It is Kumar Sai who left the house this week. As per the reports, Bigg boss saved Monal despite getting the least number of votes as the makers want to run the romantic thread between Akhil and Monal for a few more weeks. While leaving Kumar Sai requested Nagarjuna to give a chance to narrate him a story for which Nagarjuna agreed.

As part of the show, he was asked to compare the housemates with different vegetables and explain the qualities. His comparison is as below:

Whenever any contestant is leaving, the housemates will be usually a little generous towards him. Even if he says something negative, they take it easy. But when Kumar compared Akhil with curry leaves and said he is not winning the tasks, he immediately retaliated that, “you won the tasks but you are out of the house and even though I did not win, I am inside the house.” This looked like arrogance but it seems Kumar Sai didn’t take it hard.

Akhil seems to be displaying childish behavior a lot of the times and it is not an exaggeration to say he is surviving in the house only because of the ‘romantic thread’ (in terms of Vennela Kishore, “Pulihora”) with Monal. He has not won in any physical tasks. When he could not make as many pushups as Mehaboob, he showed jealousy and behaved cranky though Mehaboob is his friend. Today also, he lost to Lasya during the fun game.

Kumar Sai, when asked to throw the big bomb of cleaning washrooms for the entire next week, he has thrown the same on Amma Rajasekhar. It is to be noted that Kumar did not throw it on Akhil though he offended Kumar Sai.