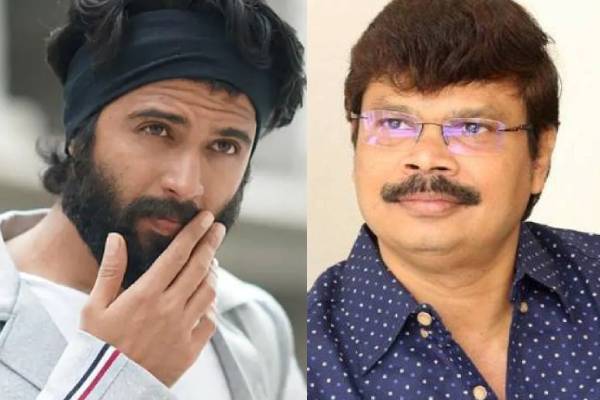 Boyapati Srinu made his debut with Bhadra that was produced by Dil Raju. The duo never teamed up again in their journey. Boyapati during the pandemic time narrated a script to Dil Raju and the top producer gave his immediate nod. The project rolls during the second half of next year but the lead actor is yet to be finalized. Dil Raju signed Vijay Devarakonda for a project and Mohana Krishna Indraganti was on board as the director.

With his last directorial ‘V’ receiving poor response, Dil Raju is in plans to lock Vijay Devarakonda for Boyapati’s film. The discussions are going on and nothing has been finalized as of now. Vijay Devarakonda may take a call once he listens to the script. He will resume the shoot of Puri Jagannadh’s Fighter and has one film with Shiva Nirvana lined up. More details awaited.