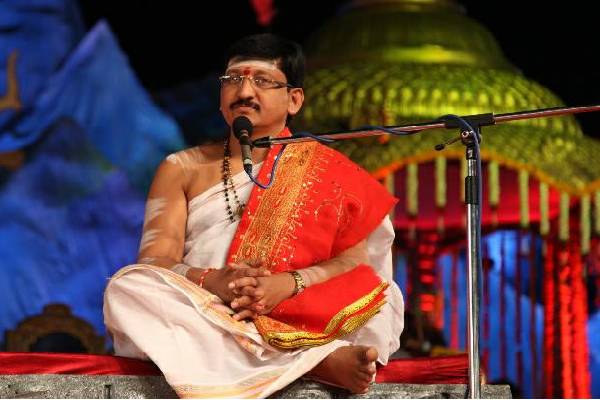 It’s a tradition in Telugu States for state governments to conduct official Ugadi celebrations on the occasion of Ugadi every year.

It is also a tradition to hold “Ugadi panchanga shravanam” (almanac predictions) as part of these officials celebrations in the presence of Chief Ministers, ministers and officials.

But the almanac predictions during Telangana official Ugadi celebrations on Tuesday (today) have become a subject of hot debate in political circles. Though CM KCR skipped this programme, endowments minister Indrakaran Reddy and officials attended.

He cautioned property buyers to remain alert while doing land transactions in Telangana.

His prediction created tremors as it reminded of the famous Miyapur land scam in Telangana under TRS regime in 2017.

The TRS government had to face major embarrassment as the names of TRS Rajya Sabha member K Keshava Rao and his daughter, present GHMC Mayor Vijayalaxmi names have surfaced in this scam.

The government lands which were in the prohibited list were sold and registered to private individuals in Miyapur.

TRS leaders are now worried whether such Miyapur land scams will repeat in Telugu New Year with almanac predictions.