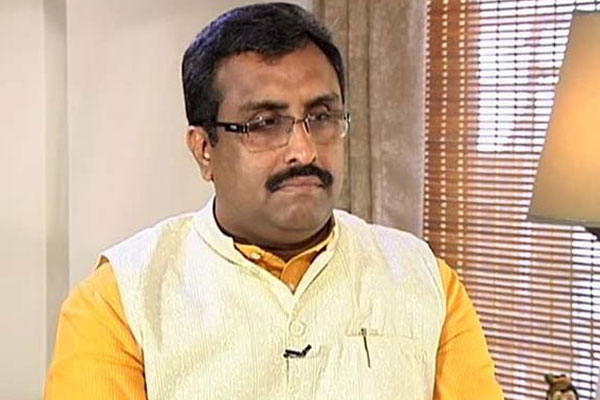 The BJP continues to talk in different voices over the three capitals issue even as the central BJP has recently made its stand clear by filing an affidavit in the High Court stating that the capital issue is a state subject and that the union government has no role to play in it.

Uttar Pradesh has 75 districts with more than 230 million population. In contrast, Andhra Pradesh has a total of 13 districts, nine located in Coastal Andhra and four in Rayalaseema with a population of five crore. There has been a demand from some quarters to divide UP into smaller states on the ground that it’s a state too large to be governed from one state capital and by one chief minister.

“Uttar Pradesh is easily four times larger than Andhra Pradesh. It has only one capital in Lucknow. If such a big state can have only one capital, why cannot Andhra Pradesh? Lucknow has been working very well as the capital of Uttar Pradesh. The government of Uttar Pradesh has been functioning without any problem from Lucknow. The AP government should take a cue from Lucknow model,” Ram Madhav said. The BJP national secretary remarked that there is no reason why administration of Andhra Pradesh could not be done from a single location in Amaravati.

Further, Ram Madhav assured that the BJP would fight for the justice of farmers who gave their lands for the construction of the capital city in Amaravati. He vowed that the BJP will expose the ruling YRCP’s corruption in the creation of three capitals.

The central government had recently filed an affidavit in the Andhra Pradesh High Court that it has no role in capital creation. It had contended that it is the prerogative of a state to decide the location of its capital city. The Union government’s counter affidavit comes in the wake of the Andhra Pradesh High Court’s directive to the Jagan government to maintain status quo till August 14 on shifting of capital from Amaravati to Vizag.

Prime Minister Narendra Modi had laid the foundation stone of the new capital Amaravati at Uddandarayunipalem village in Guntur district.

As a matter of fact, the Prime Minister had stated that the central government would fulfill all promises that had been made in the AP Reorganisation Act, 2014 and would be implemented in-toto.

The state BJP leaders have been talking in different voices on the capital issue ever since Chief Minister Y S Jaganmohan Reddy announced trifurcation for capital.

BJP leader Lanka Dinakar had stated that his party is in favour of Amaravati and is supporting the ‘One State, One Capital’ system in Andhra Pradesh, while G V L Narasimha Rao had clarified that the Centre has no role in the issue of the capital.

Kanna Lakshminarayana when he was state BJP president had written to Governor Biswabhusan Harichandan urging him not to give assent to the two capital bills.

Former TTD trust board member and BJP leader Dr O V Ramana had recently written an article against the three capital bills and Amaravati. State president Somu Veerraju was quick to suspend Ramana from the party for opposing party stand.