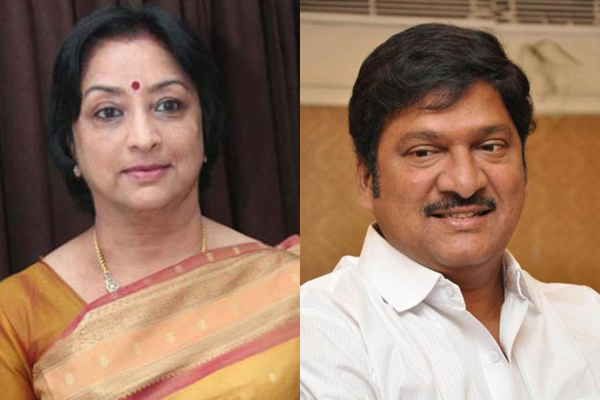 Samantha Akkineni’s recent release Oh Baby directed by Nandini Reddy has won much accolades and appreciation for the content and unique message it provided. The film simply says to take life as it comes and enjoy the moment as it is. While Sam’s performance was adored by every audience alike, one cannot forget the stupendous performances given by senior actors Lakshmi and Nata Kireeti Rajendra Prasad in the film.

It is a well-known fact Oh Baby is inspired from a Korean flick Miss Granny which was remade in multiple Asian languages and well admired there are well. But when Nandini Reddy asked these two legendary actors to watch the original to get a feel of it, they rejected the idea. Some of the actors usually prefer to watch the original to understand the film’s vibe but there is a shortcoming with that. There is a danger of unknowingly getting influenced by the original flick and imitate their body language in the remake version. Perhaps this was the reason why Lakshmi told Nandini Reddy in a recent interview that she surrendered completely to the Telugu script and looked at the film as a fresh idea.

Speaking about it, Lakshmi also confessed that it might be an old school thing which she and Rajendra Prasad did not watch the original but preferred to perceive the film as a new script! Interestingly, after Oh Baby, Lakshmi will be seen in many upcoming releases including Nagarjuna’s Manmadhudu-2 and Nani’s Gang Leader. Legendary actors will always remain legendary irrespective of time- is it not?