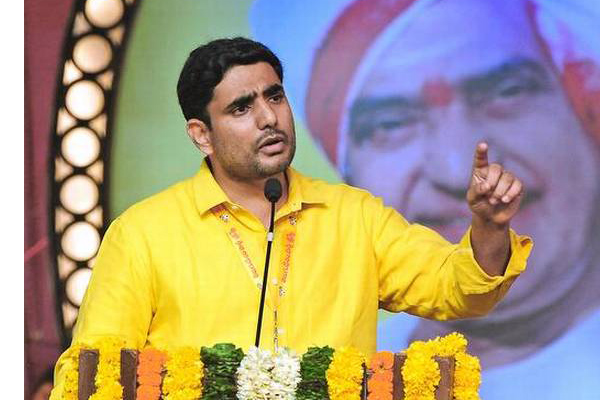 TDP National General Secretary Nara Lokesh has accused the YSRCP government of trying to weaken the case relating to the death of Chirala-based Dalit youth in Prakasam district. He demanded an impartial probe into the ‘killing’ of Y. Kiran Kumar who was attacked for not wearing a face mask. Necessary punishment should be given to the quilty persons so as to prevent such incidents in future. He advised the Government to desist from its efforts to cover up its failures and ensure a fair investigation to bring out the truth in the Dalit’s death case. Already, the family members of Kiran Kumar have demanded arrest of the cops responsible for the fatal attack.

It may be recalled that the Chirala youth was stopped on the road and beaten up by the cops following an argument over not wearing a face mask. The YSRCP Government came in for criticism as the Opposition leaders asked why such punishment was not being given to the Chief Ministers and the Ministers and the ruling party MLAs who were not wearing masks. Moreover, the YSRCP leaders were carrying out rallies and meetings thus becoming super spreaders of the virus in places like Srikalahasti, Sullurupeta, etc.

Meanwhile, the top police officials said that SI Vijaya Kumar has been suspended in connection with the Dalit youth’s death. The Dalit organisations have been demanding acton against him ever since Kiran Kumar succumbed to the injuries.